What Is to Be Done? A Note from the Communist Underground (1961) 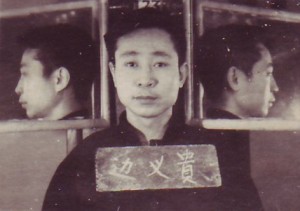 If our textbook histories are to be believed, radicalized Red Guards were the first to challenge actually existing socialism after 1949 from the left – from an ideological position that claimed for itself the status of being both revolutionary and Marxist. From before 1966, precious few records suggesting anything else survive in writing or collective memory. Which is, hopefully, what should make this slightly idiosyncratic Document of the Month interesting….

Dating from 1 August 1961, “Our Guiding Principle and Tasks” is a brief programmatic text, written by one Bian Yigui, a twenty-one year old worker from Harbin’s large state-owned Factory No. 120. It has been preserved in a Public Security Bureau (PSB) case file on a group of bookish but bold Harbin youths who called themselves the “China Communism Study Group” (Zhongguo gongchanzhuyi xuexi xiaozu). The file contains a handful of additional texts (e.g. membership oath, rules of discipline, rights and obligations, general discussion) written by Bian, extracts from a diary and letters, various Public Security interrogation protocols, and selected case group reports. Initially, the local authorities had merely designated the group “reactionary” in nature and dealt leniently with it, but after reviewing the concluded case, the Ministry of Public Security in Beijing objected and in April 1963 Bian and his friends were formally labeled a “Counter-revolutionary clique.” What exactly happened to them after that is not known.

The handwritten original survives only in the form of six black & white photographs from the PSB file mentioned above. I picked up the file in a Beijing flea market in 2012. The typed out transcript is my own.