Who’s That Girl: Documenting an Event of No Particular Significance (1968) 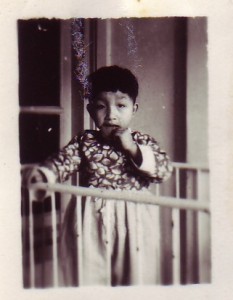 Look up the year 1968 in textbook histories and what do you find? Cultural Revolutionary murder and mayhem, an economy in decline, an infrastructure in chaos, the “Mao Zedong Thought-ification” of public discourse, and the successful detonation of a 3 MT hydrogen bomb! Probe further, however, and you will eventually discover that for millions of Chinese, everyday life continued as it always had. Good times and bad times came and went, it rained or it didn’t, and the girl next door finally got married, two months after the big fire.

This particular Document of the Month records one of those little events in 1968 that could just as easily have occurred in 2008 or, for that matter, in the fifteenth year of the reign of Emperor Wanli. In the annals of the Cultural Revolution, it is of no significance whatsoever. In the evening of 23 February, a girl no older than five was found in a canal by a bridge north of Beijing, alive but frozen and traumatized, unable to speak. The local police saw to it that she was taken care of, and ten days later issued a notice asking for help with locating the girl’s parents. I picked up the notice and dozens more like it (concerning missing persons, escaped prisoners, wanted criminals, unidentified corpses, and more…) from antique dealers in Beijing’s Liulichang street, many years ago, while researching Mao’s Lost Revolution. I was never able to quite figure out what to do with it, but still like to think of it – and an additional 49 similar items from 1967–1968 that I have posted here  – as an intriguing point of departure, at the very least, for a seminar discussion about how to weaken the hold that textbook narratives have got on our historical imagination…