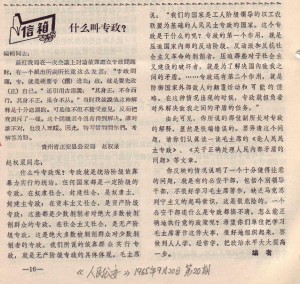 My reading of Allen Ginsberg’s “Transcription of Organ Music” was always bound to be different from that of na(t)ive speakers of the English language. Aged fifteen, I interpreted the meaning of “closet” in the same way that prominent German jazz critic Joachim Ernst Berendt had done when he introduced the Bud Powell Trio playing Oscar Pettiford’s “Blues in the Closet” to a jam-packed concert hall in Essen on 2 April 1960 by saying “Man sagt das nicht so gerne an, aber das Stück heißt nun mal so.” So right and yet so wrong!

Because it makes communication that much easier, we all regularly say things like “Mao said ‘There is no such thing…’,” even though we know full well that the CCP Chairman never said no such thing. We feel no need to point out the obvious, namely that Mao would not have spoken English and that ours, of course, is a translation of what we are told he said in conversation with the American Correspondent A. T. Steele on 29 September 1946. Assuming an essential convergence in meaning between the English words we employ and what our dictionaries list as their equivalents in other languages, we comfortably as historians discourse at length on keyword topics. In this context, the Document of the Month for April 2016 really carries no other meaning than to alert us of the danger of assuming that words survive translation unscathed and concepts lend themselves easily to transcultural mapping. Here it is 专政 but is it therefore also “dictatorship”? You tell me…